Why You Shouldn’t Ruin Blogging With Display Ads

There is a future in blogging and the web, but not with display ads. For too long we have sullied our blogs so the 1% could benefit. No longer!

The first thing that loads on your blog is a massive and hideous green and yellow banner at the very top, the prime real estate of the page. I wasn’t even sure I was in the right place at first because I couldn’t see a logo.

The ad was for an SEO tool that no one needed, and I was careful not to click it accidentally. It screamed MALWARE, and I would have hit the back button if I was on my phone because there would have been no way to scroll without activating an endless loop of hard-sell nonsense.

After the blog post title, which was much smaller than it should have been, there was another colossally large square ad that pushed the content I wanted to see down the page, and I had to scroll again.

The sidebar was a mass of blinking and twirling gifs, and somewhere a video ad autoplay at full volume.

After I found the tiny “X” to close the video, I noticed that yet another banner ad was filling the entire bottom half of my screen. I finally found the opening paragraph of the blog post. I supposed it would be answering a question I had, at least I hoped it would after reading through a long affiliate disclaimer telling me that there would be other attempts to get me to buy products you recommended.

A full thirty seconds had passed since I arrived on the page, and as I read the first few words, the entire screen was covered by a popup asking if I wanted to join your mailing list.

That was enough for me. I left.

A Web Full of Advertising

It’s funny because it’s true that this situation happens more than I would like to admit. As a blogger who writes about blogging, I visit a large number of websites every day, and I see this repeated over and over.

I don’t use an ad blocker, even though about 200 million other internet users have installed one. I do a lot of critiquing of blogs, and I have to experience the same thing the average consumer does when visiting these sites.

The scary thing is that it’s worse on mobile, forcing users to use mobile ad-blocking software as well:

“Mobile adblock usage grew by 108 million year over year to reach 380 million active devices globally by December 2016. At this time (2017), there were over 600 million devices running adblock software globally — 62% of which were on mobile devices.” — pagefair.com

Everyone is sick to death of display ads. No, let me clarify: everyone is sick of “bad display ads.” In fact, 77% of people who use ad-blocking software agree with the statement, “I wish there were a way to ad-filter instead of ad-block completely.”

I’ll even admit there are ads I like to see at times if it fits with the information I happen to be viewing, and the ad is tasteful. One example is seeing an ad for a new PC game when I am watching gaming videos on YouTube.

The issue is with the ads that are fraudulent (Ad fraud is expected to exceed$50 billion globally by 2025, coming in second to the drug trade), intrusive (do you ever feel like you are being stalked by the retargeters?), misleading, dumb, ugly popups and video ads that start by themselves.

Don’t even get me started on ads you find in your Facebook feed for lingerie after you had a phone conversation with someone about needing new underwear.

Honestly, when most of us surf the web, we come out feeling so dirty that it is almost like we swam in a polluted sea after an oil spill.

Bloggers, why are you making us feel dirty when we come to your blog seeking answers you promised you could help us find? Why must it be a constant battle to get through the ads and popups to read the actual content?

“But we have to make money somehow”

The web is broken, and blogs are worse off than most of the other content on the web. Just like everything else enjoyable, capitalism came along and dropped a big pile of shit right on any joy we had navigating through the internet.

As soon as people started realizing they could make money blogging, display ads have been appearing everywhere.

Back in the late 1990s, the web was a much simpler place. You could find the information you needed without jumping through hoops or traversing sales funnels. But, soon enough, we started seeing banners appearing and flashing animated gifs announcing new websites and software.

The web soon became an unbearable place to visit because the black hat marketers had figured out that you could trick Google with duplicate, keyword-stuffed content and SEO hacks, and get the tops spots on the search engine results.

It was a dark time for the web, with content farms, black-hat SEO, and walls of display ads with very little content hogging the first page in Google search.

That is until February of 2011 and the Panda algorithm update. Google fought back against the farms and sleazy marketers. They penalized duplicate content and pages with too many ads. They stop the black hatters at their game.

The marketers screamed at the unfairness of it all, but most of us bloggers were happy because we finally had a chance against the cheaters with high domain authority and hundreds of fake backlinks.

Life was good for a while.

But here we are, slipping back into the same old patterns. Google hasn’t gotten less strict; marketers have become savvier, paying godlike SEO firms to increase their rankings, and using AI to trick the ad-blockers.

There is a battle playing out on the web between the people who want to use the internet to benefit humankind and the marketers and advertisers who have no problem destroying any benefits of an open and free internet as long as they make money.

Now, there is nothing wrong with making money; don’t get me wrong. We all have to make a living, but what you have to understand is that all of this loading up pages with ads only benefits the 1%. Sure, the little guys make a bit, but the big money is at the top.

The fat cats are the ones that decide that if one ad is good, 100 plastered on a page is better. They are the ones who set up percentages that only benefit them, while the people doing the work get little.

But, this is an article about blogging and marketing, not politics, even though you should know who benefits when the web is one big advertisement.

All bloggers need to say NO to lousy display ads and popups. The best thing we could do now to ensure a free and open web is to limit display advertising and set rules governing their use that aren’t thought up by the people who stand to lose billions.

Google, Amazon, and Facebook should not be in charge of the who, what, why, where, and how of display ads. Like all capitalists, they will do what will most benefit them. We have to stop letting ad networks decide where and how ads go on your blog and take that control back.

It sounds drastic, but bloggers need to stop using ad networks altogether. We need to say no to the marketers and advertisers and start listening to the audience.

We need to get rid of bad ads altogether:

It’s not easy, but it is the right thing to do for blogging and the web.

Yes, we will lose revenue, but everything will balance out. We will figure out new ways to make money. We will find a better way to work with ads so that only the suitable ads remain, and our pages won’t groan under the weight of blinking fonts and video that starts by itself.

Bloggers are a rare breed of people. We use words and information to connect with others and affect them on so many levels.

Don’t give our control away to the ad companies.

The sooner we take our blogs back, the easier it will be for us to start finding other ways to make money and support our projects and businesses. Instead of display ads, think about:

We will find other ways to make money as we dream up new experiences for our audiences, inform them, excite them, entertain them, and educate them.

There is a considerable future in blogging — bad display ads are just not part of it. 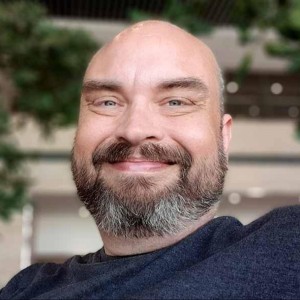 I am a writer, blogger, blog consultant, traveler, and whatever other things I decide to take on this week. I can teach you how to build a money-making blog.
All Posts »
PrevPreviousHow to Blog the Post-Pandemic Way
NextWhere is the Best Place to Start a Blog?Next

Any cookies that may not be particularly necessary for the website to function and is used specifically to collect user personal data via analytics, ads, other embedded contents are termed as non-necessary cookies. It is mandatory to procure user consent prior to running these cookies on your website.